NeshiMa is a dance project which is all about breathing. My aim with this piece is to focus on the most simple action in life and to bring the audience’s attention to it. It is strange to think we are almost never busy with the practice of breathing… if you can call it that way. We take breathing for granted and I want to challenge that.

The production is inspired by the subject of breathing, Neshima (in Hebrew) . Breathing is the simplest and most basic action in our lives. So easy and yet complex. During the pandemic, my interest in the subject grew. By wearing a mouth mask I was constantly aware of my breathing and the intensive effort it required me. As an artist, this made me obsessed with the concept. Neshima pays attention to the physical limitation and the desire for breathing space.

The dancers start the performance with a search for oxygen. Covered by several layers of clothing/fabric, they are restricted in their freedom of movement. They are busy getting oxygen both physically and mentally through various means. Along the way they experience extreme, humorous and emotional situations. They help each other and fight each other for the last bit of oxygen. They sing, talk and dance on stage, seeking freedom.

For donations and more information about the project.

In 2008, Daniel graduated high school with a minor in biology and dance. It’s been since then that she’s found an interest in the two fields and their connection. From 2008 until 2010, Daniel worked as a behavioral science diagnostic and commander whilst fulfilling the obligatory IDF service. After her IDF service, Daniel joined the dance theater group of Rina Schenfeld in Tel Aviv. In 2012, Daniel studied in The Maslul dance education under the direction of Neomi Perlov and Offir Dagan.

In 2013, Daniel moved to the Netherlands and attended ArtEZ, Institute for the Arts, and received a Bachelor of Dance Degree in 2017. Upon graduating, Daniel had the pleasure to work with a great variety of choreographers in the Netherlands and Belgium. As freelancer, Daniel has performed works for Jan martens (Grip), Nicole Beutler (NB projects), Wubkje Kuindersma (Korzo), Joseph Simon (Dansateliers), Giulio D’Anna, Mats Logen and Karlijn Milder (Akatak), and Guillaume Versteeg.

Besides being a performer, Daniel has also developed her own choreographic works in recent years. Formerly known under the name CollectivePRIME, Daniel often joins residencies and performs her own work at numerous dance/performance art festivals. Her latest creation, ‘Choreography of Altruism’, is a dance film and premiered during the 2021 Cinedans Festival.

performances, workshops, and events. Starting up in 2019, the idea of Lazy Susan & Co.

the artistic ideas of its members, promote contemporary dance, and support the cultural scene

in Rotterdam. Created by 11 dance professionals, the company runs on a non-hierarchical basis

with its members rotating the artistic, practical and administrative roles between each other.

Lazy Susan Co.’s members all have a common background as recent graduates of ArtEZ

Bachelor of Dance and represent a broad spectrum of nationalities including the Netherlands, 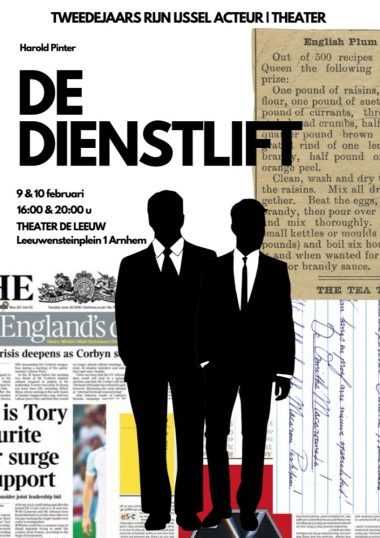